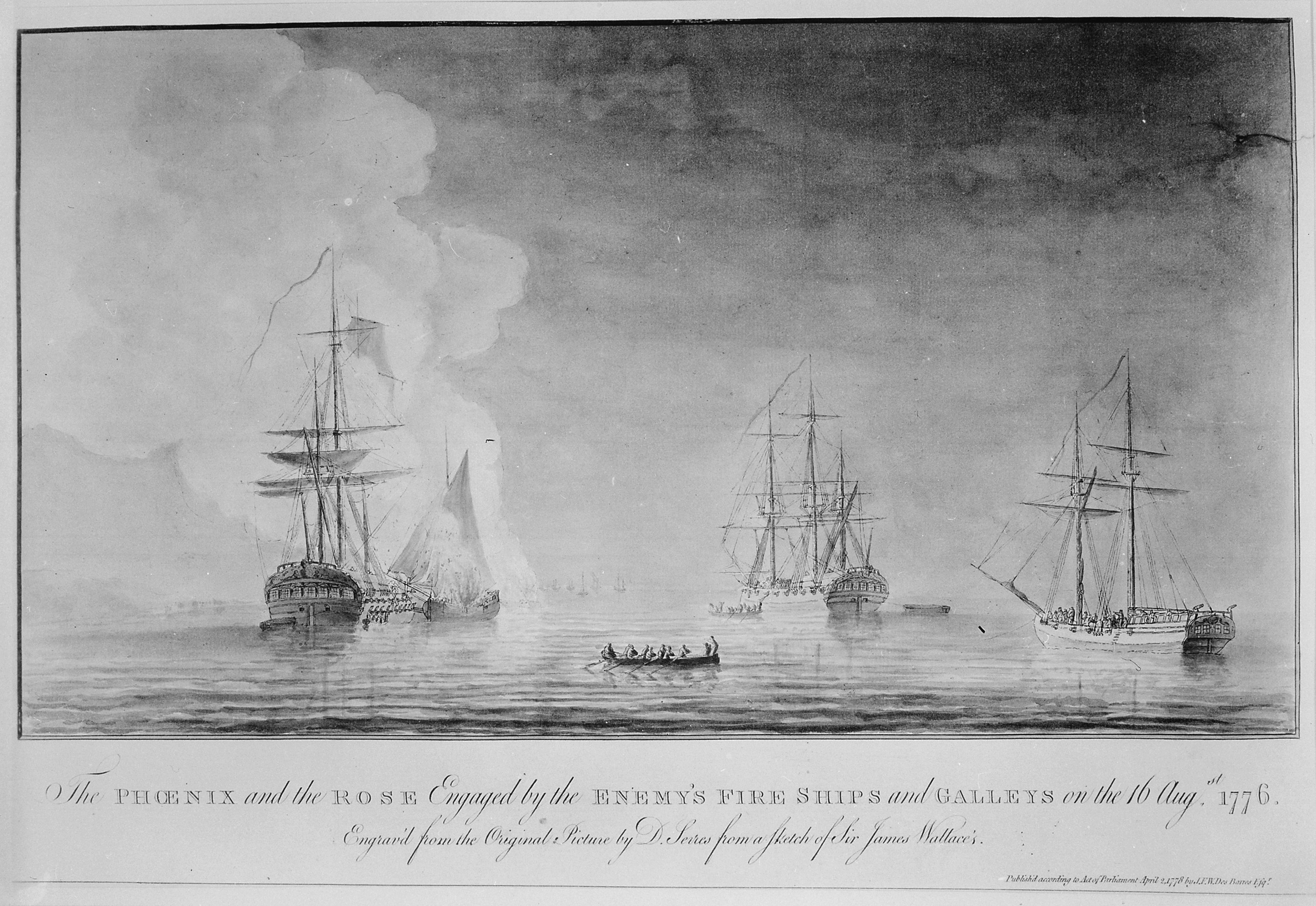 A long forgotten story from the opening days of the Revolution was the action of the HMS Phoenix and HMS Rose on the Hudson River in July 1776.

The Phoenix with 44 guns and the Rose with 20 along with several tenders moved north to Tarrytown on July 12th and the into Haverstraw Bay to harass colonial positions, secure supplies, and disrupt communications on the west shore of the Hudson north of New York City. This was a classic naval power projection very early in the Revolution, and Captain Parker was later Knighted for this action.

The pivotal naval saw Captain Hyde Parker Jr.  of the Phoenix run the North River fortifications with little or no damage testing the rivers defenses, ending his run in Tarrytown and eventually sailing into Haverstraw Bay.

Colonel A. Hawkes Hay  commanded a force that consisted of 400 men and were deployed from the Long Clove to Dunderburg to counter the potential for shore raids.

Captain Wallace, commanding the HMS Rose, went ashore at Tompkins Cove himself, robbed a couple of hogs off Halstead’s Farm and burned some outbuildings causing a great alarm. This led to General Clinton sending 80 additional troops from Fort Montgomery to give Hay support, leaving the Highlands wide open to invasion. At this time, they had no idea what the British plans for invasion were to be. Continental  galleys being built at Poughkeepsie were to be hastily deployed along with fire ships that were to sail into Haverstraw Bay in July, in the event the British invaded up the Hudson Valley. By mid July, Lt. Col. Benjamin Tupper, in command of a force of gunboats and fire ships, sailed down into the upper bay and commenced operations. On July 16th, with six galleys and fire ships, they burned a tender and caused minor damage to the British fleet.

By the 18th, the Phoenix and Rose sailed back to Staten Island to participate in the Battle of Long Island, their action being considered a great success. The invasion and subsequent holding of the Port of New York was considered a great British victory, the battle being the largest ever held on the North American Continent.